After naming The Ambulance Staff Charity (TASC) as One Broker Ambulance’s charity of the year in June 2021, the team has gone on to fundraise an impressive total of £4,400 for the cause.

TASC provides vital support to members of the ambulance service community and their families, offering services that are designed to improve their mental and physical health so that they can return to their roles. This support has become particularly crucial in the last few years following the added pressures of the Covid-19 pandemic.

To show its support for TASC, One Broker Ambulance kicked off the fundraising with an initial donation of £500 followed by a pledge to make a donation for every new policy sold. The latter activity has gone on to raise £840 over the course of the year.

The One Broker Ambulance team then put their heads together to find other ways to raise money for the charity. Their first activity was a sale of donated Tropic Skincare products, which raised £220. Then, in December, they put on their running shoes to form a Santa Dash team for the Thetford 5K Santa Run, which went on to smash their fundraising target of £600 to raise a grand total of £1,570.

One Broker Ambulance’s Broking Technician Rachael Rodden then upped the ante by bravely signing up for a sponsored skydive, which was set for the auspicious date of Friday 13th May. Her courage paid off, and she raised a fantastic total of £785.

To round off the year, members of the wider One Broker group set themselves the challenge of a 70-mile sponsored bike ride from Cambridge to Norwich. TASC was one of the nominated charities for the event, receiving £485 in donations as a result.

With a successful fundraising year behind them and great engagement from the team, One Broker Ambulance has announced that TASC will continue to be their chosen charity for 2022, and they have plenty of plans for further fundraising in store.

Rob Rowley, Associate Director of One Broker, says: “We have had a fantastic year of fundraising for an incredible charity. This has not only helped TASC, but it has also brought us together as a team, encouraging us to work together outside of the office and forge stronger bonds.”

Karl Demian, CEO of TASC, comments: “It has been wonderful to receive the support from One Broker Ambulance this year and we are thrilled that they have decided to make us Charity of The Year for a second time.

“The demands on the healthcare sector have increased dramatically in recent years, and the money raised by the One Broker Ambulance team will be used to support services that help to heal physical injuries and reduce anxiety, stress and depression. A big thank you goes to the team and to everyone who has donated.” 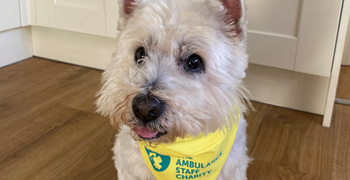 Every team needs a morale-booster and cheerleader and, luckily for One Broker Ambulance, they have a particularly adorable one…

Renters will gain the right to pets under Government proposals

The long-awaited Rental Reform White Paper confirms the government’s plans to give renters the right to a pet. Rob Mills tells us more 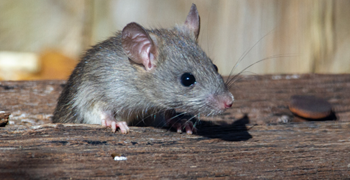 How to prevent and tackle pests in your thatched roof

A thatched roof can be a cosy home for pests. But what invaders should you look out for, and what do you do if you spot one? Read on to find out.