On the inauspicious date of Friday 13th, our One Broker Ambulance colleague Rachael Rodden had her first taste of skydiving to raise money for The Ambulance Staff Charity (TASC).

One Broker Ambulance has been supporting TASC for the last year, after naming it as their charity of the year, for 2011/22. TASC was chosen because it does fantastic work for past and present ambulance staff, students and their families, who receive support including hardship funds, counselling and physical rehabilitation.

Thanks to Rachael’s impressive efforts, £710 has been raised for TASC – a total which exceeds her initial fundraising goal of £500.

This money will be invaluable for the charity. A donation of £500 provides enough money to pay for 8 sessions of support for someone who is struggling with their mental health, so Rachael’s total sponsorship will make a great contribution towards the charity’s work.

Commenting on her experience, Rachael said: “I’ve always wanted to try a skydive, so this enabled me to cross something off my bucket list while also raising money for a fantastic cause. After having worked so closely with ambulance companies, it’s clear that the services TASC provides give so many people much-needed support.

“I’m absolutely thrilled to have beaten my fundraising goal for TASC – and for landing safely!”

A representative from TASC added: “We hear every day how important these sessions of support are and the benefits that are gained. Our sincere thanks go to everyone who has donated so far. We are so grateful.”

Is your thatched property underinsured?

Read on to find out how to prevent underinsurance of your thatched property and ensure you don’t have a shortfall if you make a claim. 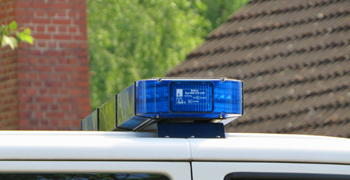 The work of Hearts First Ambulance presents a daily challenge. But with One Broker, all their complex insurance needs are just a phone call away

We're delighted to confirm that we will renew our partnership with the Norfolk County Football Association for another 3 years.