Sir Ian McKellen is celebrating his 80th birthday in perhaps a slightly unusual way, performing 80 separate shows. On the evening of Friday the 12th of April, Sir Ian performed his solo show at Theatre Royal Bury St Edmunds. Sponsoring and attending the event was One Broker and guests. They were in for a special night.

Titled Ian McKellen on Stage: with Tolkien, Shakespeare, Others and You, the live show entertained with anecdotes and acting. Sir Ian talked of his childhood in Lancashire, working with companies including the RSC and the National Theatre, and of course included extracts of his favourite characters. He amused his audience with a repertoire which included his Lord of the Rings character, Gandalf.

What was evident from the night’s performance was Sir Ian’s passion for the theatre and his enthusiasm to ensure future generations share the experience. Profits from the event were donated to Theatre Royal’s 200th Anniversary Fund. The collection helps to develop Theatre Royal’s programme of activities, including those for children and young people.

Speaking of the event, Paul Gibbs, Director at Gibbs Denley Insurance Services, a part of the One Broker group, said "One Broker has been a corporate member of Theatre Royal Bury St Edmunds since 2018. We are proud to support this local theatre and sponsor Sir Ian’s show. His performance was as fantastic as expected. We thank everyone who was involved in organising this incredible event". 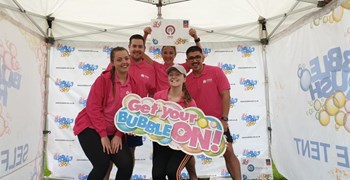 One Broker Supports Local Charity EACH in Norwich Bubble Rush 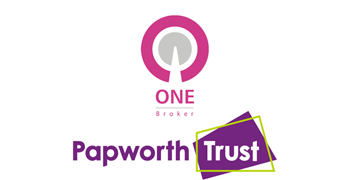 One Broker Announce Papworth Trust as its Charity of the Year

Local independent insurance broker, One Broker is proud to announce that the Papworth Trust has been selected as its official Charity of the Year.

One Broker in the Top 40 for second year