Having spent almost 30 years working in the industry, Account Executive Rob Rowley knows a thing or two about insurance. After starting his career as a loss assessor, he has held broking roles in both The Midlands and East of England. In this interview, he tells us more about his experiences and why he has turned his attention to supporting independent ambulance companies.

“When I was a loss assessor, my biggest achievement was preparing and negotiating a claim for £80m-worth of fire damage for a worldwide motorcycle brand,” Rob begins.

“In fact, a lot of that role involved assessing damage from fire and flood. I spent years standing in burnt out buildings or up to my waist in water!”

Without a doubt, his claims background has given Rob a unique perspective on what businesses need in terms of insurance. Given the varied nature of the role, why did he choose to move to broking?

“I like building relationships,” he explains. “I built great client relationships while working on a claim, but they would end when the process was over. It made me question where I could build those relationships for the long term. Broking and arranging insurance looked like a good choice because policies renew each year. That’s why I made the move after 12 years of loss assessment.”

Having worked for brokers in The Midlands and East Anglia, Rob joined One Broker in 2012, where he quickly shifted focus onto supporting ambulance companies.

“I secured one local ambulance firm and when the main contact moved to another company, he called me again and asked me to help with his new employer’s insurance.”

The experience of arranging policies for two ambulance companies led to the realisation that the sector was largely underserved by the insurance industry.

“I started approaching ambulance firms in East Anglia and picked those up, so I started widening the net,” Rob continues. “Over time, I built an ambulance scheme that goes across the country. From Cornwall up to Scotland, from Kent across to Northern Ireland, we cover all four corners of the UK.

“Now we have more than 200 clients and there are five members of the One Broker Ambulance team. If you include Julie Ames in our Claims department, who handles all of the ambulance claims, you could say we’re a team of six.”

No Such Thing as Standard

The diversity of the independent ambulance companies served by the One Broker Ambulance scheme is fascinating. Providing everything from high- and low-dependency patient transfer services (PTS) to repatriation, blue-light and event support services, their insurance needs are equally diverse.

But what of the common challenges between them?

“Many are supporting the NHS, which means their main challenges are tendering frameworks,” Rob explains. “This is driving prices in the sector down. Some businesses have actually stopped providing PTS services for the NHS because they can’t provide high-quality services within the given budgets.”

And what of claims?

You might be tempted that these involve high-speed dashes to get patients to A&E, but Rob is quick to dispel that idea.

“However we do see a lot of low speed, low impact accidents. For instance, manoeuvring in hospital car parks, which is especially tricky for long-wheel-base ambulances. It’s similar when ambulances go out to home visits.

“A typical ambulance risk will have a high percentage of motor claims at low speed, hitting fixed objects or parked vehicles.

“On the non-motor side, there are a few Employers’ Liability claims. Slips, trips and falls, where employees are carrying patients on stretchers and they twist an ankle or a knee, for example.”

One Broker’s in-house Claims team, specifically Julie Ames, handles ambulance claims, to help clients get back on their feet.

“Julie understands the intricacies of ambulance claims. Vehicle repairs need to be authorised by insurers quickly; if the wheels aren’t turning on the ambulance, the business isn’t making money.”

As part of the service-led proposition, the One Broker Ambulance team is also on the lookout for claims trends, says Rob. For instance, does a member of the team regularly drive into the back of other vehicles? Or are they reversing into fixed objects? One Broker Ambulance will highlight the trend with the client and suggest ways to avoid the problem.

“If a particular driver is responsible for lots of claims, we’ll raise that with the client. We might suggest that they send the employee on a driver training course, or that they accept a higher excess for that driver in order to keep the premium down. This allows us to adapt the cost and cover so they can get the best balance for their business. That’s real added value.”

And that’s not all. The Claims team also ‘cleanse’ client claims data.

“Insurers often have claims reserves sitting on file. That’s the amount of money they set aside for a claim when they know how much they will have to pay. Insurers put that money aside and it’s called a reserve – and every claim carries one. Sometimes that reserve may sit there for months and months – even if the claim is over-reserved – and it can affect client renewal premiums.

“We ask insurers to remove any unnecessary reserves wherever possible. You can’t do that in every case but it often means we’re in a stronger position with the insurer to negotiate better rates for the client.”

When asked about his top tip for arranging independent ambulance insurance, Rob is unfaltering in his response:

“Private ambulance companies spend a lot of money on insurance. Ask yourself: Are you getting a level of service commensurate to that spend? Do you get regular reviews or claims support? Ambulance companies should be looking for genuine added value when they come to arrange their insurance cover.”

Want to know how Rob and the One Broker Ambulance team can help your independent ambulance business? Contact Rob on 01603 218295.

In this article, we explore the Home Insurance considerations you may need to make while working from home. 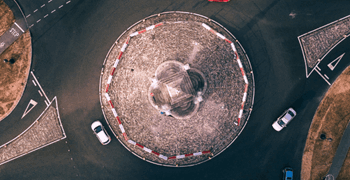 We’ve put together a short update about travelling to other European countries by road in the event of a no-deal Brexit.